I’ve been sensitive to comments from friends at work that question why I seem to favor dark and night-time subjects.  My body of work does not, as I see it, support concerns that I’m dark and dangerous.  So today I set out to capture a subject during the daytime.  I sought out color, contrast, and interesting shapes. 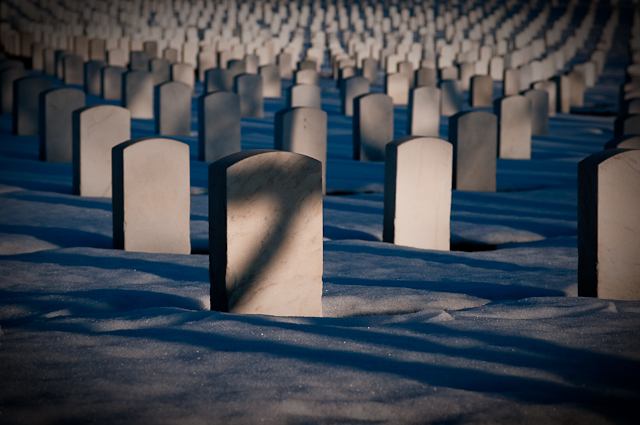 What do you think?  Have I proven that I’m just like any other well-adjusted photographer?   What…..you’re not convinced?  Shucks – I guess I’ll try again.

Kidding aside, this photograph was taken in Wood National Cemetery on the grounds known after the Civil War as Soldiers Home – today co-located on a complex known as the Clement J. Zablocki VA Medical Center.  Soldiers Home would become the birthplace of federal veteran’s care in America providing soldiers’ recuperation and living settlement facilities.  Until 1989 these 90 acres had it’s own post office and zip code 53193.  A total of 36,738 soldiers, veterans and their relatives are buried in the National Cemetery.