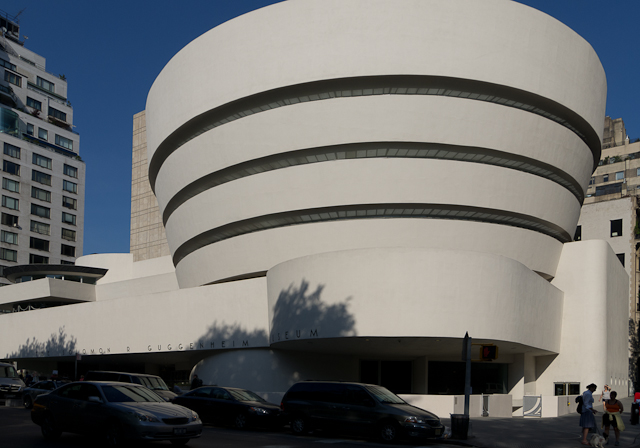 You might guess from previous posts that I am inspired by Frank Lloyd Wright’s work.  While recently in New York City on a business trip I happened on the Guggenheim Museum in the Upper East End of Manhattan.  What a thrill.  The building is like none other you’ll see, especially as it shouts out to you from the sea of similar to one another buildings.  It’s no wonder Wright and his creation were so controversial when the museum opened up in 1959. 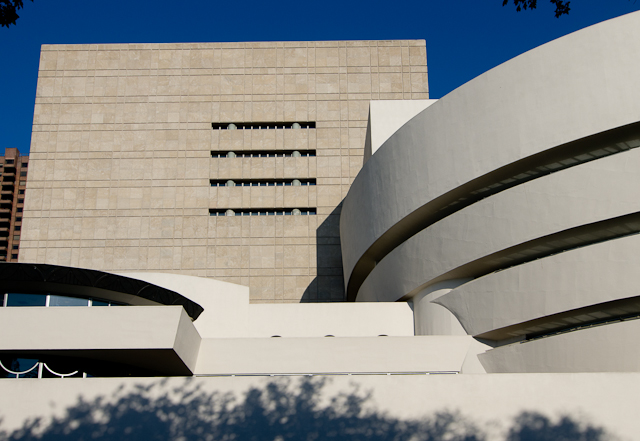 Twenty one influential artists signed a formal protest and refused to exhibit in the building.  They claimed that the intent of Wright was to overshadow the art is was displaying.  In 1992 the rectangular addition was added behind the  Guggenheim’s spiral strip beehive. 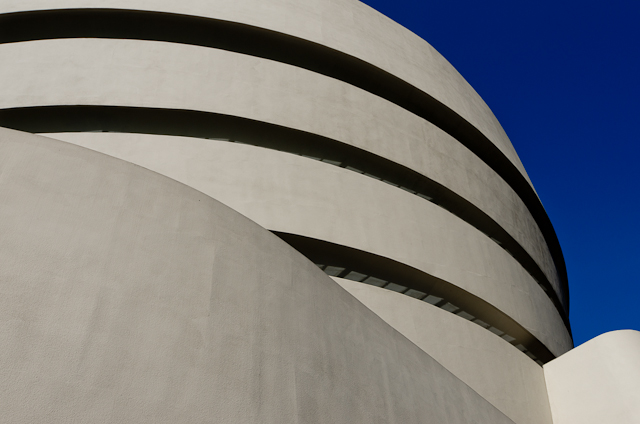 The controversy has ended and the Guggenheim is regarded by most today as an example of creative genius. 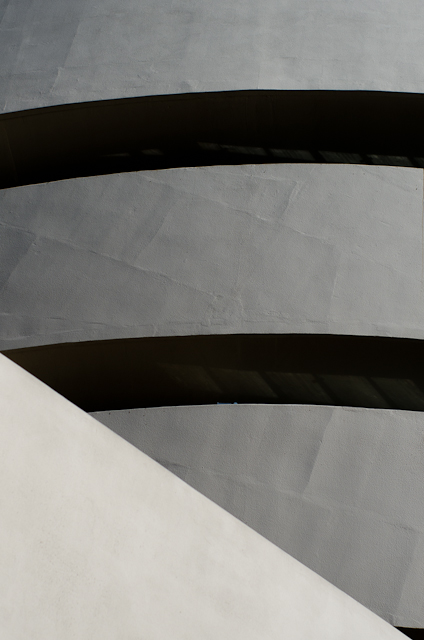 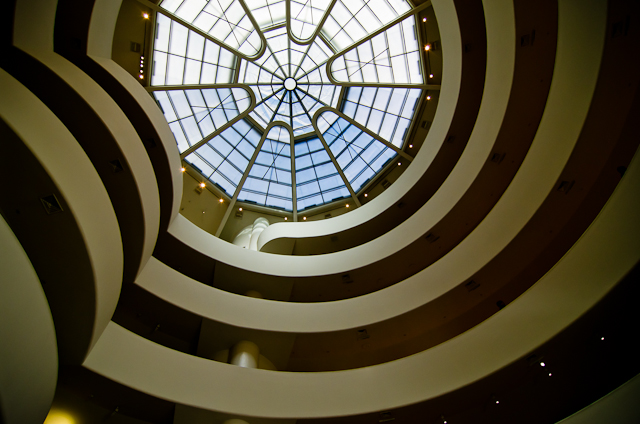 As striking as the building is on the outside, the inside of the museum is bold, beautiful, and elegant.