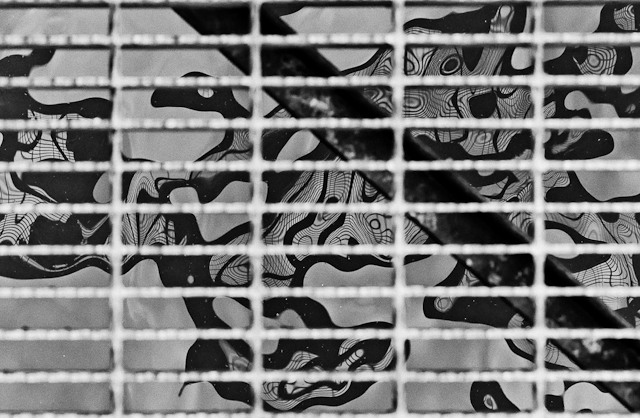 Sometimes you happen across something when you look up, down or behind you.  I was shooting Milwaukee’s Lake Michigan shoreline when I looked down through the grate of a narrow pier. 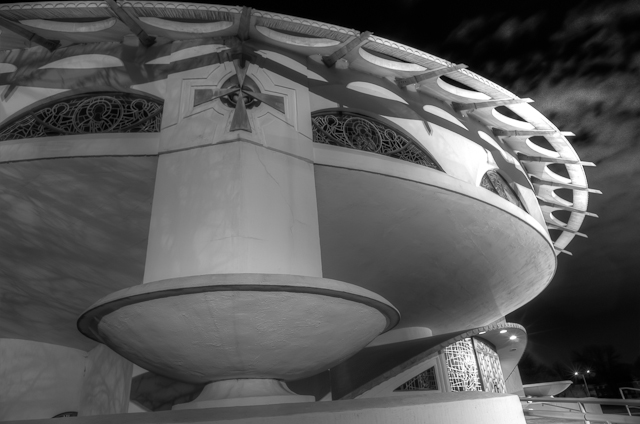 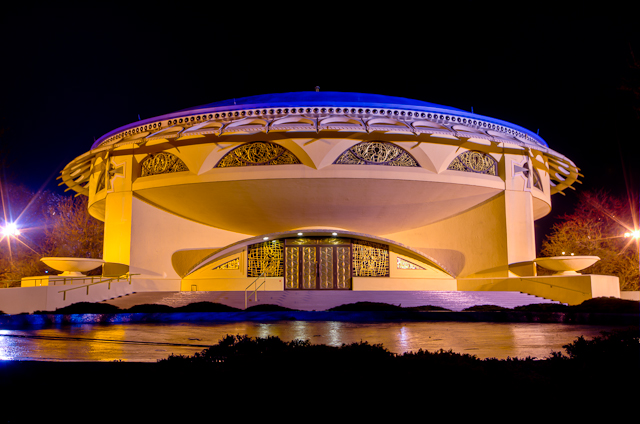 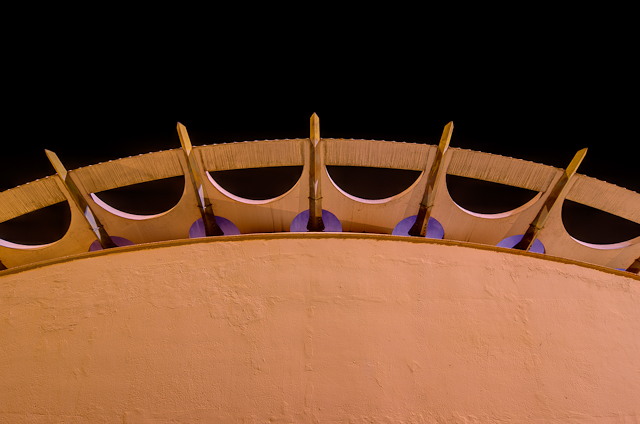 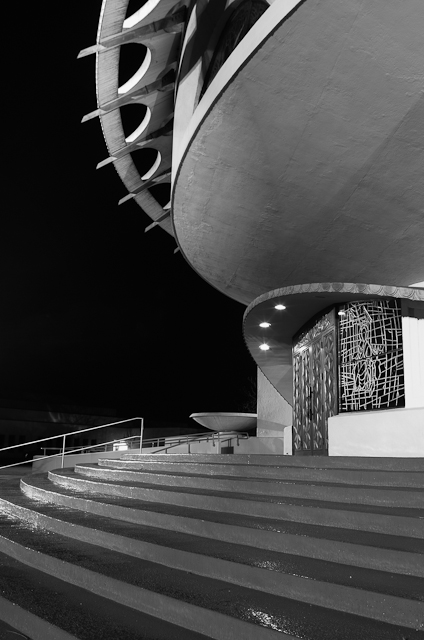 We’re getting blasted with a blizzard as I write this blog entry.  As the storm was taking some time to organize, I was able to get out into the night’s snow.  This is the receiving dock at what remains of the Pabst Brewery. 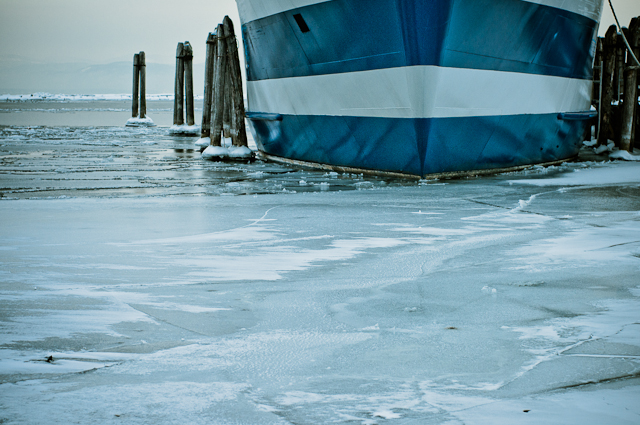 It was a cold, drab, and damp day on Lake Champlain yesterday.  I’m finishing  a short business trip to Burlington, Vermont and since I remembered to bring a camera and I had a spare hour late in the afternoon, I walked to the lakefront to see how the winter wears on the lake. 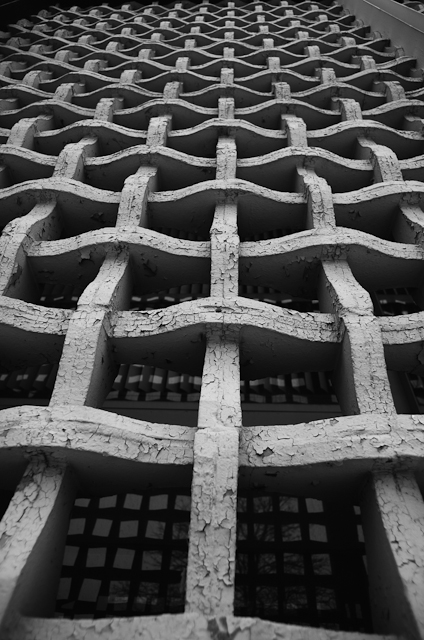 During the ’50s and 60’s many commercial buildings incorporated some sort of lattice grille into the front of the office building in an effort to simplify the geometry.  Some attach this technique to the mid-century architectural movement, popular at the time.  It’s been a long time since 1960 or so and the grille is showing it, but the effect is still striking.

Racing on the Charles 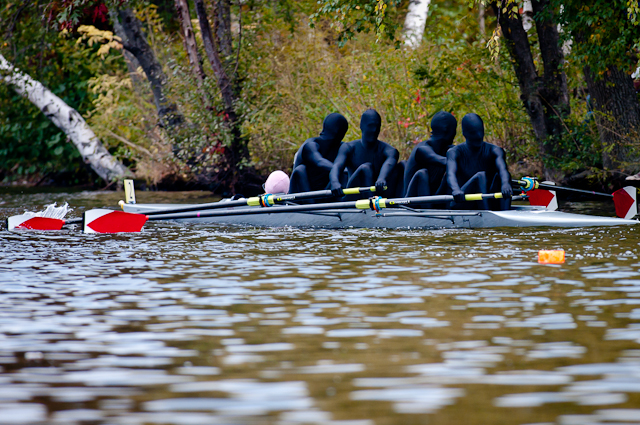 Organizers enjoyed an expanded field of participants in the Head of the Charles Regatta held in Boston this past weekend.  Teams included crews from Europe, Asia, Iraq and the planet Spandex.

From the Head of the Charles Regatta 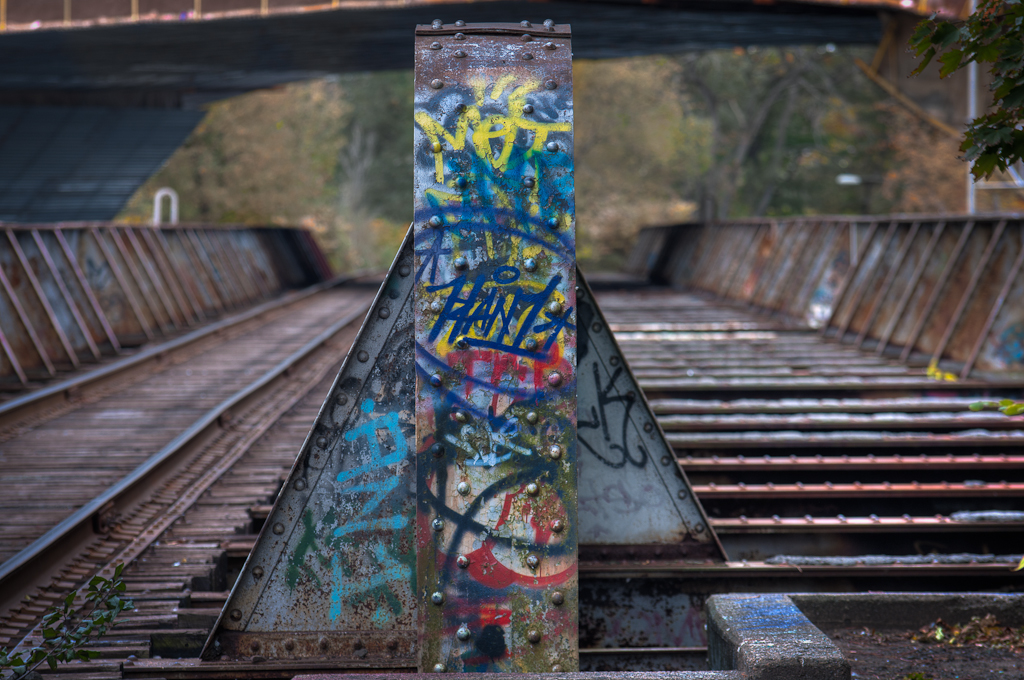 The Charles River runs through some of the most beautiful, rich and exclusive Boston area.  Take a walk down below some of the bridges that span the iconic river and you see a different, equally stunning part of Boston.

There’s a fella that liked this bridge just south of MIT so much that he decided to call it home.  Just on the other side of the bridge is a NASA facility. 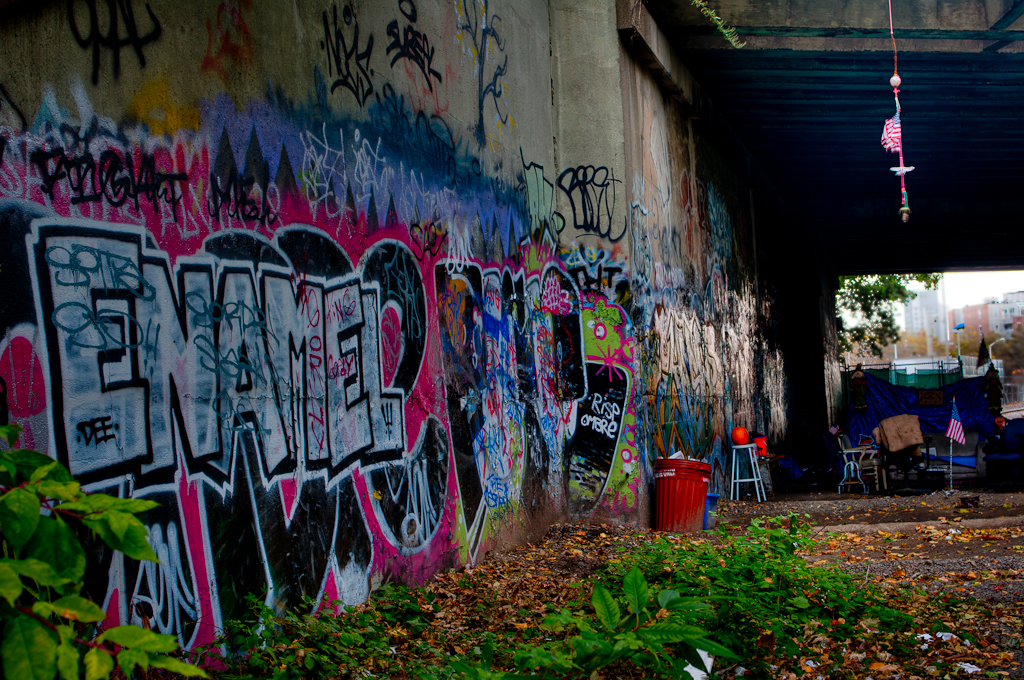 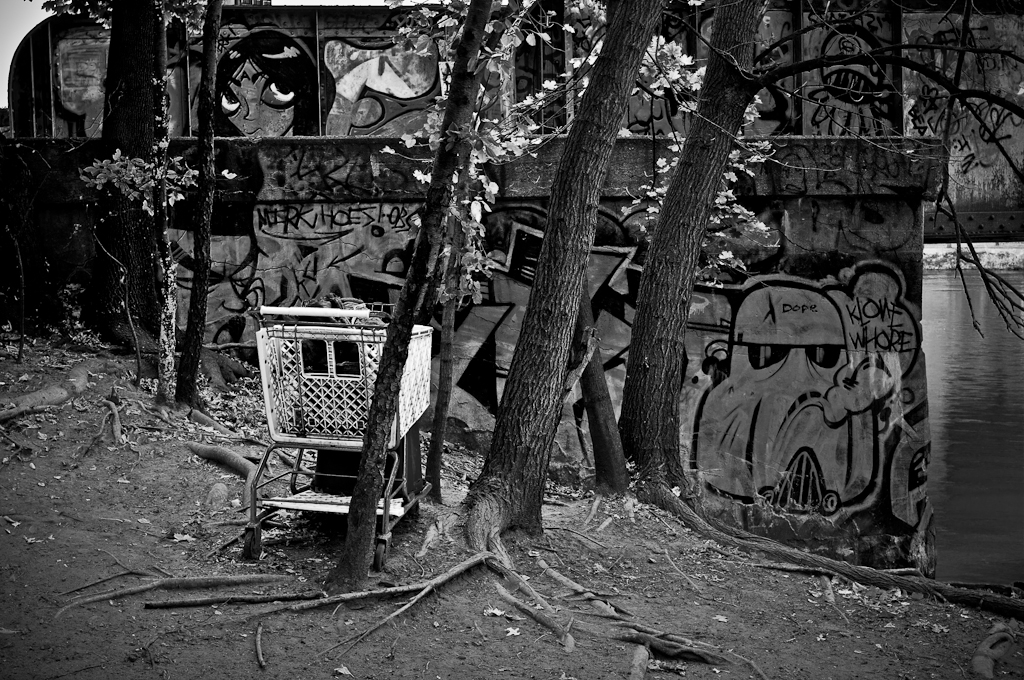 I was up early this weekend shooting in downtown Milwaukee during the earliest light before sunrise.  Once I was finished before the civil dawn, I thought I’d take the time to capture the sun rising over a low cloud-deck above Lake Michigan.  This landmark Art Museum building, designed by Spanish architect Santiago Calatrava, makes an interesting foreground subject for a lakefront sunrise. 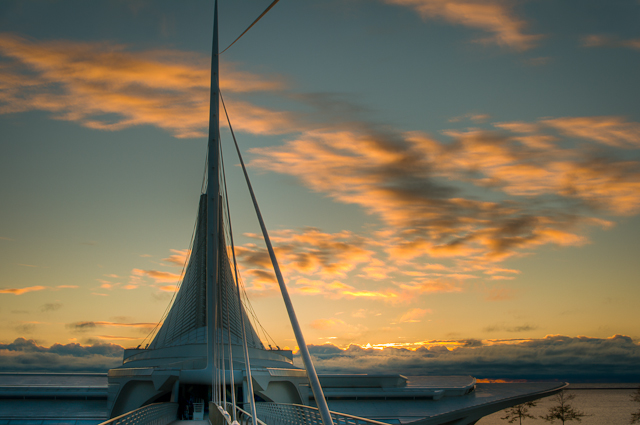 Here’s what the inside of this building looks like from a photo I took earlier this year: 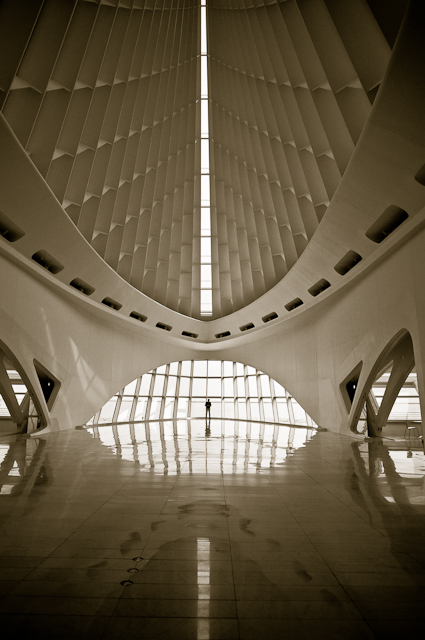 This is what the building looks like when the wings are lifted: 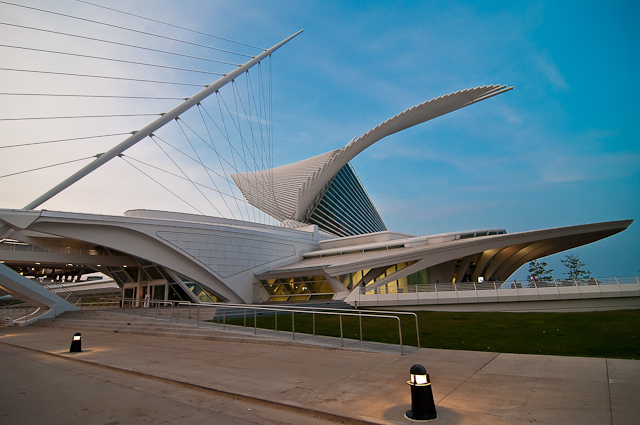 I’m not normally taken to mentioning products, plug-ins, or presets.  FocalPoint 2 from onOneSoftware is an exception I don’t mind making.  All of us don’t have the resources to buy $2,ooo f1.2 or tilt/shift lens that provide ultra shallow adjustable Depth Of Field.  This plug-in for Photoshop gives you tools that you otherwise might not be able to afford.  Here are a couple of examples where DOF was adjusted in post -processing using this plug-in: 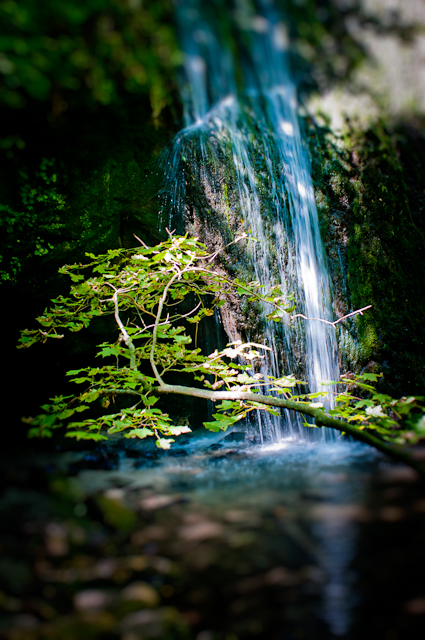 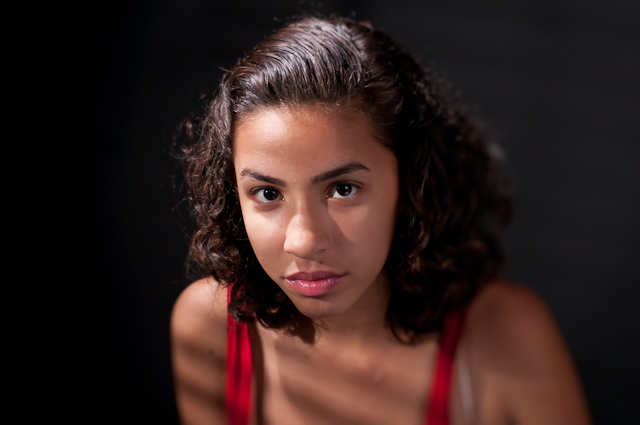 I recently took a trip to the International Crane Foundation – near Baraboo/Lake Delton, Wisconsin.  All fifteen of the world’s Cranes are housed in this facility.  These birds are indescribably beautiful and graceful.  No other opportunity or venue exists, that I’m aware of, allowing such close examination of the birds in surroundings that are comfortable for the animal and human visitor.

Here are a couple of photos of a Sandhill Crane, the most common crane in North America. 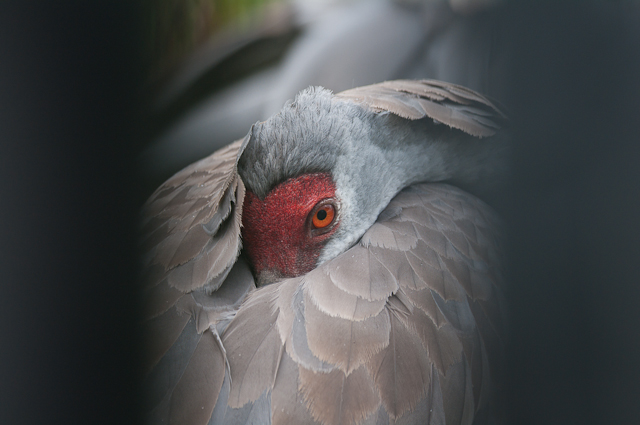 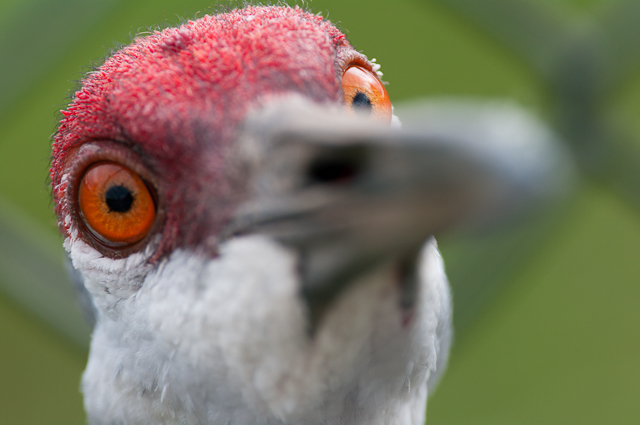 The bird that I found most compellingly photogenic is the Siberian Crane.  This bird looks like an evil monk: 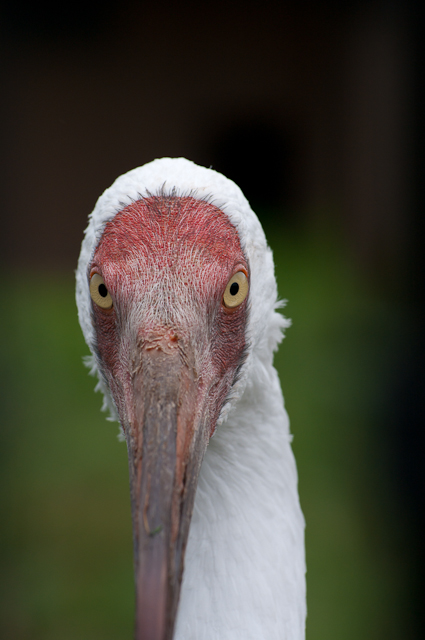 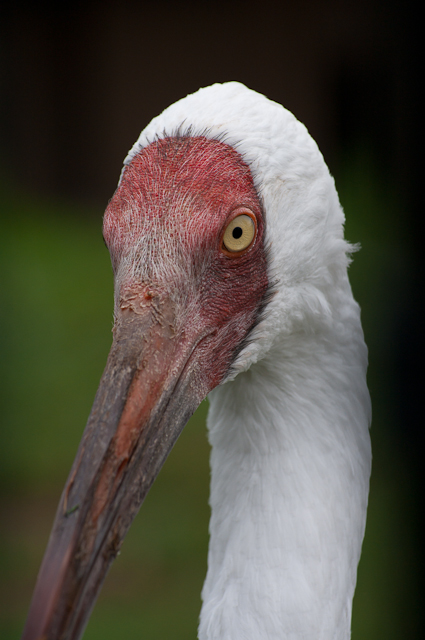